Gotrek is a unique lord available to Empire, Bretonnia, and Dwarf factions. He and Felix are a separate download available through Total War Access.

They are accessible on the campaign map through the Gotrek & Felix Offer Their Services dilemma/quest marker. They are also available to all three factions in multiplayer/custom battle.

Gotrek Gurnisson is the greatest (or worst, depending on the viewpoint) dwarf slayer to have ever lived. This apparent contradiction is rooted in the nature of the Slayer Oath. Having committed a crime so terrible that only death in battle will serve as atonement, Gotrek has fought and slain numerous monsters, including hordes of orcs and skaven, a giant, trolls, Chaos warlords and sorcerers, an entire Black Ark of Naggaroth, and even a Bloodthirster of Khorne, and unfortunately (in his mind) lived to fight another day. His inability to find the heroic end he seeks begins to take its toll after a time, and by the events of Orcslayer, Gotrek is becoming worried that all that remains for him is a pathetic doom against unworthy opponents like goblins, or even worse, death as a result of old age. An experienced adventurer before taking the Slayer Oath, Gotrek has travelled across many lands and faced numerous foes of the dwarven people, and possesses some engineering experience, including the ability to pilot gyrocopters. Gotrek is also a very grim and moody figure, even by dwarven standards, and possesses the same stubborn character, obsession with honour, oaths and grudges, unerring sense of direction, prodigious love of ale, and general distrust of non-dwarves that is typical of his people's culture. Like all slayers, Gotrek shaved his crimson hair into what usually is a crescent shaped mohawk. He is described as broader than he is tall, heavily muscled, and wears a patch to cover an eye which he lost in battle with orcs and goblins. He is also far stronger than the average dwarf and is able to perceive secret passageways in seemingly impenetrable tunnel walls. He is seemingly impossible to kill, having survived, among other things, single combat with a Bloodthirster of Khorne, being hit by a stone hurled by a trebuchet, being catapulted into an orc ship and falling three hundred feet off a cliff.

The exact nature of Gotrek's crime has never been explicitly revealed; like many slayers, Gotrek considers his transgressions an intensely personal shame, and has threatened to kill those nosy enough to pry. However, some hints have been revealed over the course of the novels, though the authenticity of these sources is somewhat questionable. In a vision of the slayer's past seen by Arek Demonclaw, it is shown that after returning from his first incursion into the Chaos Wastes, Gotrek found his wife and children dead. The vision then shows Gotrek in the court of an unnamed dwarf lord, and Gotrek arguing with said lord. Afterward the dwarf lord sentences Gotrek to an unnamed fate, at which Gotrek kills the lord and his bodyguard and all others that do not flee. Wracked with guilt and shame, Gotrek shaved his hair, becoming a slayer.

His signature weapon is an ancient, enchanted Dwarfen axe, known as the Axe of Runemasters. Gotrek gained this weapon during his first expedition to Karag Dum, finding it in a cave near the edge of the Chaos Wastes, near a dwarf corpse, later revealed to be the son of King Thangrim Firebeard, Morekai. Gotrek's axe is rumored to be as powerful as the one wielded by the Dwarf High King, Thorgrim Grudgebearer. This weapon was borne the Runemasters of the lost dwarf hold of Karag Dum, and was said to have originally belonged to the Ancestor God Grimnir. The Elven Archmage Teclis once read the magical aura of Gotrek and determined that the axe's immense power was slowly changing the slayer into something greater than an ordinary dwarf. 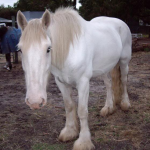