Malagor the Dark Omen is a Beastmen Legendary Lord introduced in Total War: Warhammer with the Call of the Beastmen DLC. Where the Crowfather treads, mayhem and destruction always follow close behind.

The Beastmen believe that Malagor is the doom of mankind personified. He is a figure of nightmare across the entire Great Forest, revered by the Beastmen but feared above all by superstitious humans. To man, Malagor represents the downfall of all they hold dear. Vilified by the Cult of Sigmar as the epitome of sin due to his many blasphemies, a sighting of Malagor is the most terrifying portent of all. He is the winged fiend that rises from the benighted forests to challenge the gods of men. He is the devil rendered in woodcut in ancient tomes, kept under lock and key lest the terrible secrets within blast the sanity of any who read them. 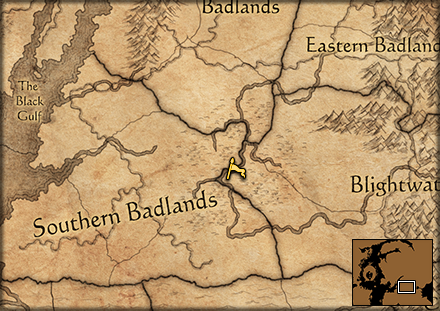 Malagor has a combination of spells from different lores of magic, making him an extremely versatile and powerful caster.

Malagor starts in the Badlands surrounded by enemies. In Mortal Empires, there are vampires, Greenskins, and Skaven. He should focus on playing defensively, knocking out small factions and razing what they need to level up the horde and gain income. It is probably best to migrate away from such a chaotic region, perhaps moving North to the Border Princes or South to the Tomb Kings.

In battle, his starting giant and the spells Malagor has access to should carry most of the early fights. Given that he does not gain any bonuses to a specific unit, it is probably best to push aggressively towards putting Minotaurs in his armies.

In WHI, Malagor is only on foot and his wings are purely aesthetic. In WHII, Malagor was updated to be able to fly constantly with his wings, making him the only infantry sized flying legendary lord.