Pirates of Sartosa requires Curse of the Vampire Coast to play.

Pirates of Sartosa is a playable Vampire Coast faction introduced in Total War: Warhammer II with the Curse of the Vampire Coast DLC. It is led by Aranessa Saltspite and can be found in Sartosa, east of Ulthuan.

The Vampire Coast are undead who ply the coastlines of the world in search of plunder. Their armies consist of zombified pirates armed with cutlasses, muskets and cannons, backed up by giant crabs and other undead horrors. Pirates of Sartosa are a mix of human and undead pirates who make port at Sartosa, and raid the seas south of the Old World.

Queen of the Tides, Aranessa Saltspite is one of the most respected and feared pirate captains of Sartosa. Some say she is the daughter of the sea god Manann himself and he whispers to her to take control of all the world’s oceans. Now, many a sea-bloated corpse washes up against the Swordfysh’s hull, and so the Vampire first mates breathe unlife into them, creating a vast rabble of loyal crew, ready to serve at Captain Saltspite’s command. As part of the living realm rather than the undead, she commands a human pirate crew known as the Sartosa Free Company, otherwise reluctantly sharing control of the denizens of the Vampire Coast.

The same unit roster as other Vampire Coast factions with the exception of two unique units: Sartosa Free Company and Sartosa Militia - human pirates who serve under Aranessa, reluctantly fighting alongside undead crewmembers.

The Swordfysh is Aranessa's personal ship. Her unique building is the Saw-Shark's Blade

Aranessa Saltspite’s ruthlessness earns her additional income from raiding and sacking settlements as well as increasing her chance of finding treasure maps. 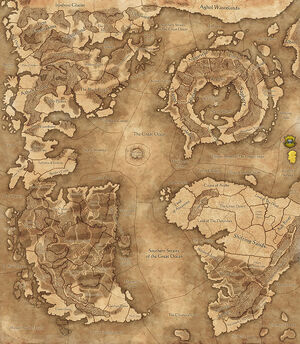 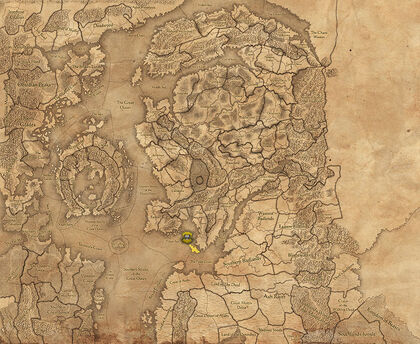 In the Eye of the Vortex campaign: Aranessa begins at war with Yvresse and has missions that vaguely encourage her to conquer this faction. This is a viable option, however it commits the player to protecting their portion of Ulthuan against hordes of High Elves, with Tyrion close by and Alarielle not very far, this will be a hard and time consuming fight.

Another option is to sack/raze Yvresse to end that war before returning to Sartosa and sailing the high seas, or attacking the Bretonnians/Tomb Kings close by (note Tomb Kings are poor and will make very little money from sacking/razing).

In the Mortal Empires campaign: Aranessa's first threat is Tilea who should be conquered. From there, it is up to the player. They face potentially friendly Greenskins and Belegar to the Northeast, Ikit Claw to the North, Settra and Arkhan's war to the South, and open sea to the West. Noctilus and the other Vampire Coast lords are in the West and can be made treaties with or more likely, conquered. The Strygos Empire is a friendly minor Vampire Counts faction to the South that spread corruption and may be useful to keep alive for a time, so that they spread corruption before you claim territory.