The Dreadfleet requires Curse of the Vampire Coast to play.

The Dreadfleet is a playable Vampire Coast faction introduced in Total War: Warhammer II with the Curse of the Vampire Coast DLC. It is led by Count Noctilus and can be found in the Galleon’s Graveyard, in the middle of the ocean, south of Ulthuan.

The Vampire Coast are undead who ply the coastlines of the world in search of plunder. Their armies consist of zombified pirates armed with cutlasses, muskets and cannons, backed up by giant crabs and other undead horrors.

Count Noctilus, once known as Nyklaus von Carstein of Sylvania, was drawn to the maelstrom at the heart of the ocean to feast upon its dark magic. He performed a mighty ritual to transport himself, his castle and all his undead minions there to the Galleon’s Graveyard, a mystical place where wrecks and hulks of the seas are drawn. Reborn as Count Noctilus, he raised the shattered remains of sunken warships to form the hull of the Bloody Reaver and ride the waves of the mortal seas once more.

The armies of the Dreadfleet consist of zombified pirates armed with cutlasses, muskets and cannons, backed up by giant crabs and other undead horrors.

There are eight Regiments of Renown available to the Vampire Coast factions. Instead of unlocking them by leveling up your lords, you must instead collect Pieces of Eight to unlock each of them.

Count Noctilus’s appetite for conquest allows him to gain war-declaration missions with unique rewards and rapidly swell his ranks for the task with increased recruitment capacity for his pirate crew and reduced recruitment duration for Necrofex Colossi. 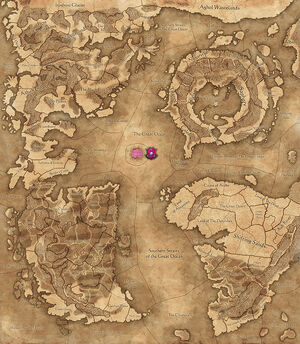 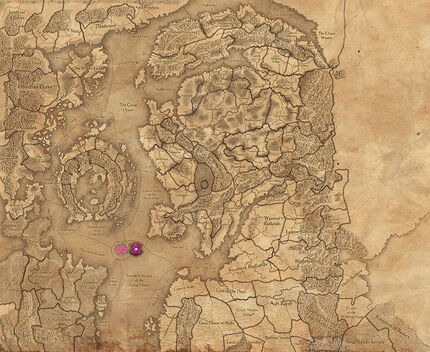 Due to their vulnerable opening location, the Dreadfleet can be more difficult than the Awakened to play as. Making your way to Ulthuan can quickly take out a potential bevy of High Elf problems before they spiral out of control. Alternatively, quickly making your way to Lustria and engaging the Lizardmen fighting the Awakened can net you an early ally from Luthor Harkon. Regardless, very quickly you're going to need to take over territories so you can afford more armies. Wage war as needed to take over territories, and use Fleet Admiral Heroes to pop up Pirate Coves against enemies you don't want to fight.

Once your economy establishes itself, ease up on declaring wars. Let your Vampiric Corruption interfere with your neighbours and let them declare war against you. This helps focus your armies rather than having to fight a war on multiple fronts. Raise Dead can be used to rapidly assemble forces when and where they're needed.

Be careful at advancing too quickly. Like the other Vampire Coast members, the Dreadfleet is horrid at negotiating, which means it's very easy to find yourself at war with multiple pirate factions, minor factions and major factions, and yet completely without allies to rely on. Like all Vampire Coast factions, they cannot confederate others, so don't worry too much about making friends with everyone.

Lastly, don't be afraid to lean on Count Noctilus himself. While listed as a Spellcaster, he is surprisingly adapt at combat, especially once he takes his mount. This can be extremely beneficial in the early game when survival can be made or lost off the first couple battles.