;Eye of the Vortex

The Drowned requires Curse of the Vampire Coast to play.

The Drowned is a playable Vampire Coast faction introduced in Total War: Warhammer II with the Curse of the Vampire Coast DLC. It is led by Cylostra Direfin.

The Vampire Coast are undead who ply the coastlines of the world in search of plunder. Their armies consist of zombified pirates armed with cutlasses, muskets and cannons, backed up by giant crabs and other undead horrors. The Drowned also use undead Bretonnian cavalry units who make port on the coast between Lustria and Naggaroth, and together raid the seas of the New World.

Legend has it that the sea witch Cylostra Direfin was once the favourite court singer of the Bretonnian king. Sent on a voyage across the ocean to sing for the Phoenix King, they were hit by a fierce storm. The madame’s notes turned to screams of fury as the ship sank, and all onboard drowned. Decades later, a Bretonnian galleon of rotten wood and tattered sails can be seen navigating the seas even in the most savage of storms. It is The Lamprey, the ship of the vengeful spirit Madame Cylostra and her crew, the Drowned.

As Mistress of the Deep, Cylostra Direfin’s very presence increases the loyalty of new recruits while also reducing the upkeep and recruitment costs for Mournguls and Syreens faction-wide. 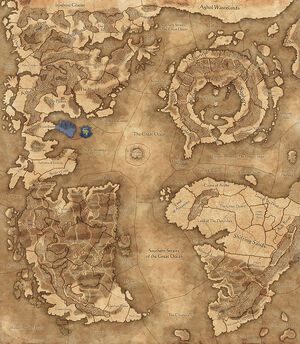 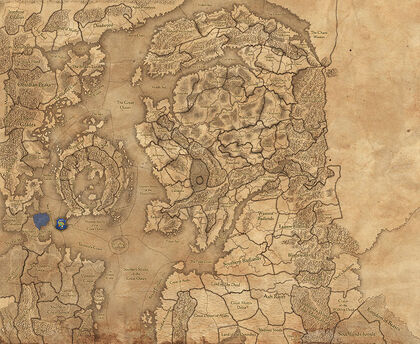 Cylostra starts off in the most precarious position compared to almost any other faction. She only has a minor settlement and is surrounded by enemy factions. To the West Dark Elves, to the North more Dark Elves, to the East Ulthuan, to the South Norsca (and Empire and Lizardmen). Clearly she faces threats on all sides. One method is to take the land battle and push West against the Dark Elves. From there, one can go North and take over the Cult of Pleasure's territory giving you a safer location. This is possibly the safest method, but commits you to many land battles against many hard enemies.

Another method is to push South against Skeggi and the New World Colonies. This is difficult because of the heavy garrison at one of their settlements, but if it is pulled off also provides a safer location to build up. This is probably the more dangerous method, but has a high reward should you succeed.

A final option is typical of Vampire Coast, pack up and sail the seas until you find somewhere to settle. Maybe you can take the fight straight to Ulthuan, or conquer the Galleon's Graveyard, or find a hidey hole in the Southlands (the islands in the South/Southeast could be lovely this time of year).

In terms of army composition, rely on her damned Paladin to tank damage as he is immortal from the start and becomes very powerful. Cylostra is quite powerful herself and her spells can bring a lot of utility to the battle with lots of reserves to back her up. Generally rely on monsters and ethereal units in the front line as she gives bonuses to these units.